It’s a typical West Coast Spring day here in Bamboletta-land, ie. rainrainrainrain. But spirits are high in the studio and everyone is busy getting ready for next week 🙂

This weeks Staff Pick has ben brought to you by our resident cutie, Brandi, who chose Dharma, the natural sweetie with flair (ie, Leola’s handspun yarns). 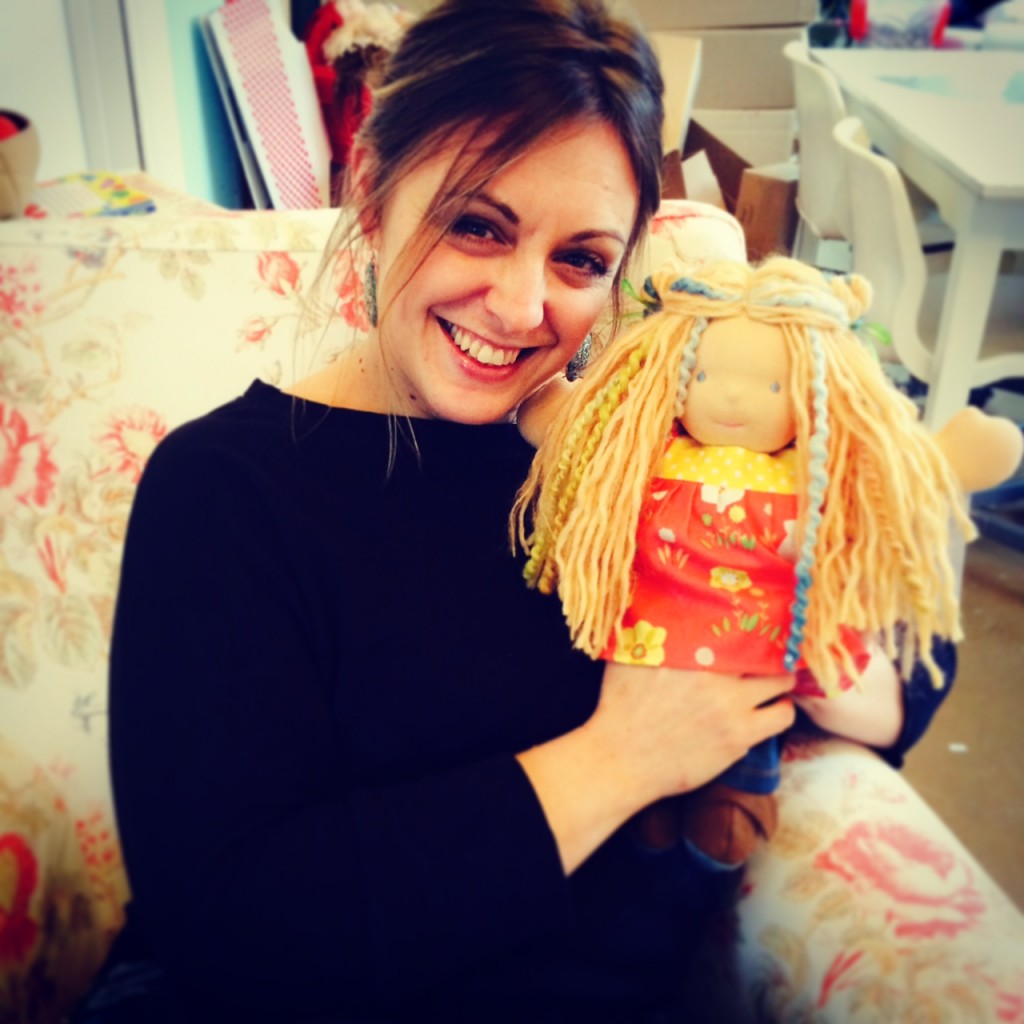 Why Brandi chose her: “Because she has a cute face”

Our upload is happening today (friday) at noon PDT over on our website…see you then!

It’s a gorgeous and sunny morning here in Bamboletta-land and everyone is buzzing about getting everything ready for next week…box making, doll limb stuffing, frock sewing, yarn dancing…

It’s time again for our weekly feature, Staff Pick, and Jes is the lucky picker! She chose Tulip (perfect name for Spring), the sweet-faced Cuddle Doll. 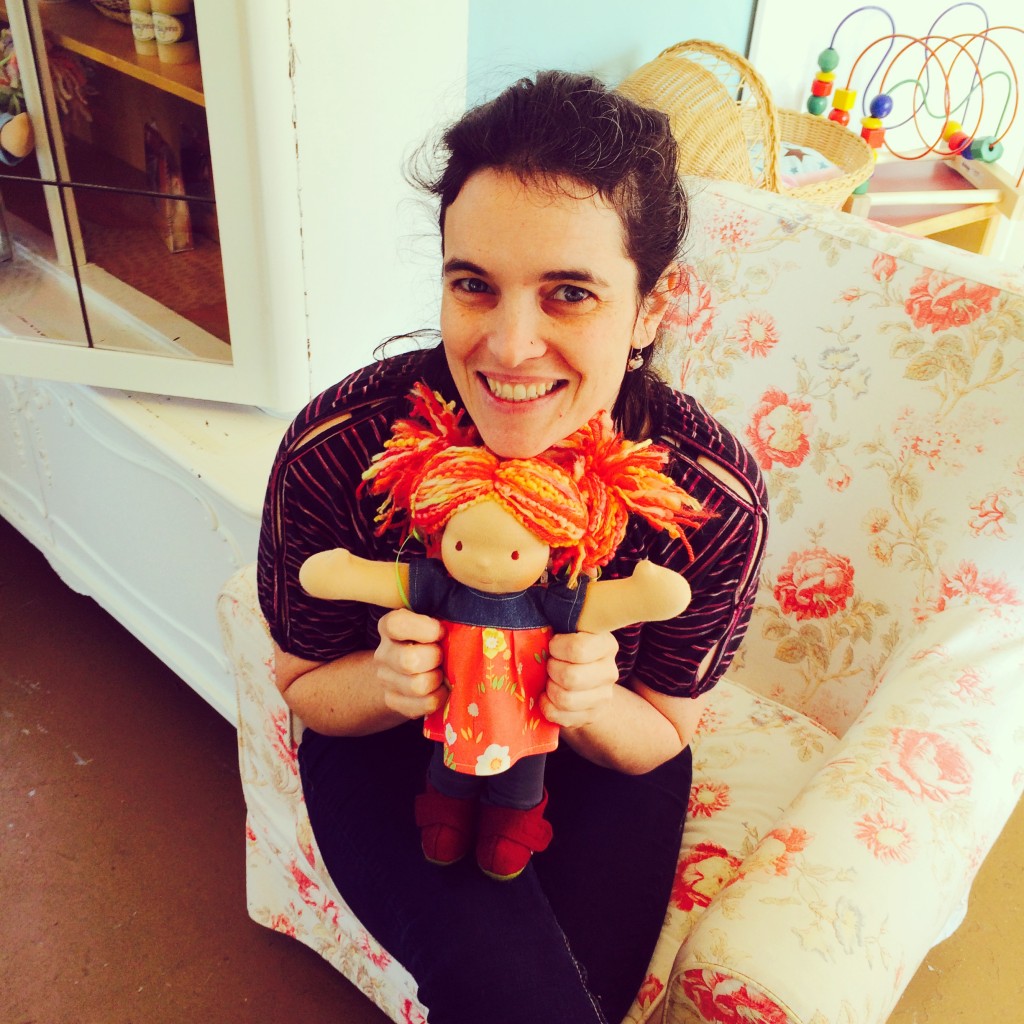 Why she chose her: “Because of her happy face!!”

Our upload is scheduled for today (friday) at 12pm PDT on our website…see you there!

It’s a beautiful day in Bamboletta-land. The sun is shining and the birds are singing…today is the best! Our lovely Rachel has the lucky pick today and she chose Mattingly, the gorgeous dark tan beauty. 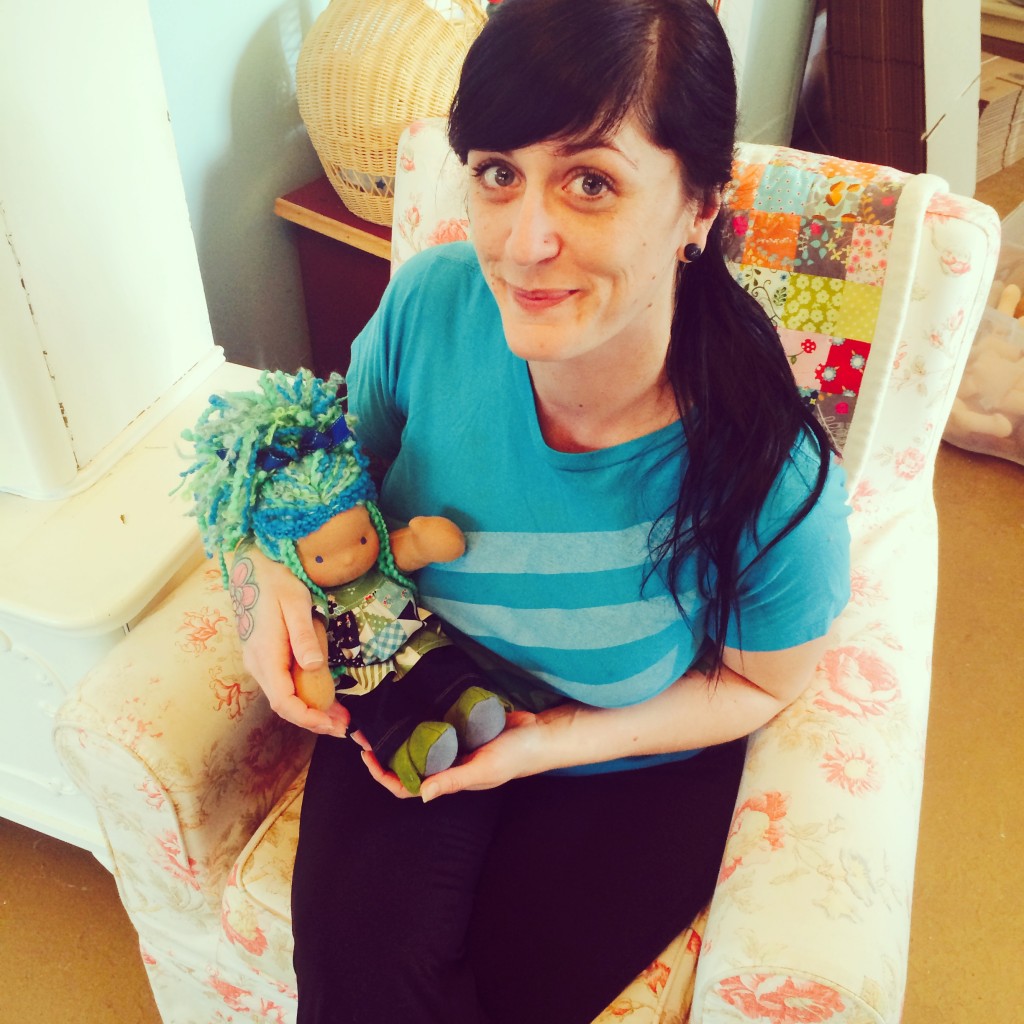 Clothing styled by: Brooke and Christina

Why Rachel chose her: “I love her gorgeous hair and sweet smile”

Our upload is scheduled for today at 12pm PDT on our website…see you then!

We’ve had a wee break from our weekly feature Staff Pick, but it’s back again this week! For those of you who don’t know, our ‘Staff Pick’ features one of our lovely Bamboletta team members choosing their favourite doll from the weeks upload. This week, our sweet Madeline got the lucky pick and she chose the sweet-faced Clementina, who’s charm is definitely held in her pretty eyes and soft curls 🙂 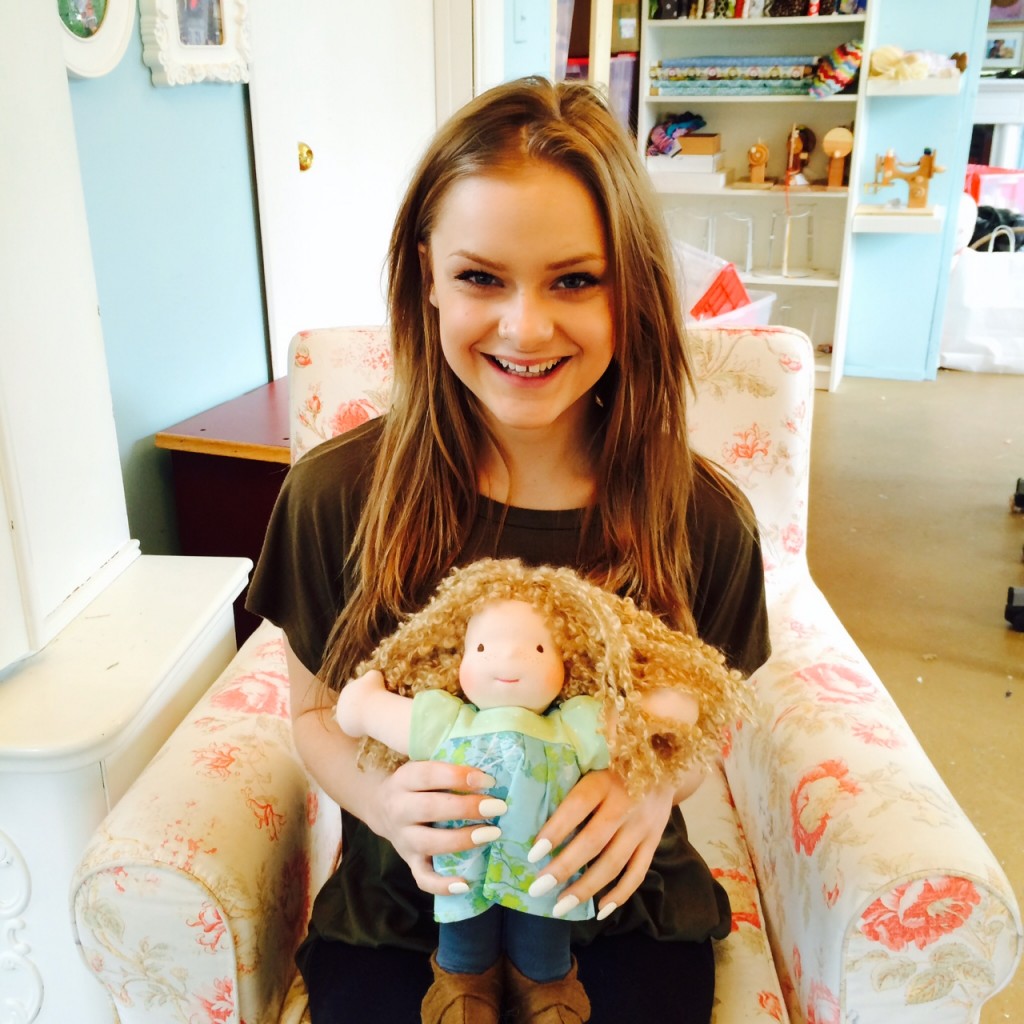 Likes: Iced tea and jokin’ around

Why she chose her: “I chose her because I think she’s super pretty and I love her sweet freckles”

The upload is scheduled for today (Friday) at noon PST on our website. 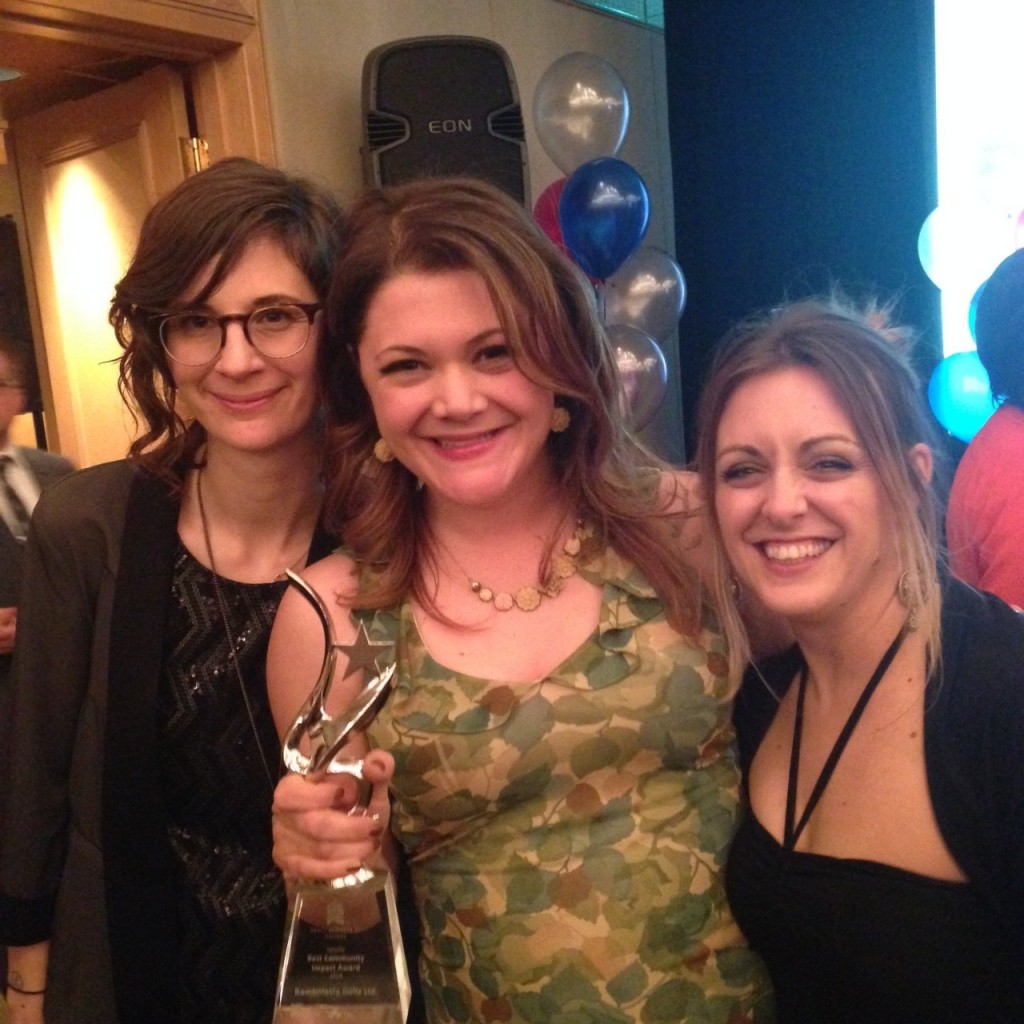 As I’m sure many of you know we recently won Small Business BC’s  Best Community Impact Award. We had to complete a pretty intense application and then I had to do a 10 minute presentation in front of a panel of judges – a wee bit intimidating! Everyone was great and I had a blast doing it, so glad I went through all this. On Thursday night we had the award ceremony and gala followed by a cheese plate and tea at Chill Winston .. us Bamboletta gals really know how to rip it up!

You know what really struck me during the whole thing? It was how all these men in suits came up to me and were telling me about their wives that made dolls or their moms that made sock monkeys or their daughter that does stuff on Etsy. They just melted and I felt deeply honored to be at the receiving end of it. When I made my speech I said that by putting community at the heart and center of Bamboletta, I built a product that had love in it. It felt like I was maybe being a bit cheesy by saying that but so many really responded to it. It was tweeted and commented on many times throughout the night. It was nice to have the opportunity to say what I feel about business and how I believe it can and should be run and it obviously hit a cord.

So, thank you to all my gals at Bamboletta. I’m in Vancouver at the Market right now and haven’t had a chance to tell them how much they mean to me. Everyone that works at Bamboletta is so rad – these ladies really care about what they do and infuse them with so much love. You know, I was out for dinner last night with some good friends and was telling them about how we hire. It is not based on skill – with enough time and perseverance anyone can learn how to sew a doll if they have the desire too. We’ve been making dolls for so long now that we have the whole thing down pretty pat and know how to teach ;). When we hire it’s based on a feeling, on a certain something that the sewer has. Like I just said, these women are awesome. And you know what happens to that awesomesauce they have? It goes into the doll. Well, not literally, but something does transfer over. This sounds crazy, I know, but when something is made by hand there is a transfer from maker to doll. Once in a while Rachel will pick up a doll and just by looking it over will say ‘Is ‘S’ having a bad week?’ and sure enough ‘S’ had her basement flood and is stressed to the max. It’s nothing really in the construction – it looks fine – but to us it’s a feeling. The reason why I’ve been able to get to this point of making as many dolls as we do is because we’ve hired on from our community of ladies, and we’ve hired on ladies with a certain something something. And I KNOW this is one of the big factors of why so many of you can feel it in your dolls. We are pretty sensitive beings 🙂

Whoa, I totally digressed there. NONE of this would be happening without you gals out there that are buying our dolls. Thank you all so much. We are showing that there can be another way of doing business and every doll bought is making this message louder and louder. With love. LOTS of love 🙂  I want to leave our kids  businesses that are run by caring about people and the environment.

PS Its been a bit biz heavy lately on the blog. Cute doll stuff coming up soon 🙂

No one deserves this award more than you wonderful ladies do. You are so right about how the dolls make us feel. They give off a real sense of love and caring. It’s so hard to explain, but it’s there. I know I keep saying this, but I can’t wait to come to BC this summer and visit the shop. It’s just one stop on our week long vacation, but to me, the most important and super fun to look forward to. Again, Congratulations on this great accomplishment! 🙂

Congratulations, Christina! So well deserved. I love supporting you, your dream, and all the families that share their love with our dollies.